This document is intended as a guide only and all parts supplied MUST be fitted by a fully qualified automotive technician. CTC Performance will take no responsibility for any damage caused to  you or your vehicle from incorrect fitment of this product. Please make sure your ignition is switched off and your engine is cold before carrying out any work on your vehicle. 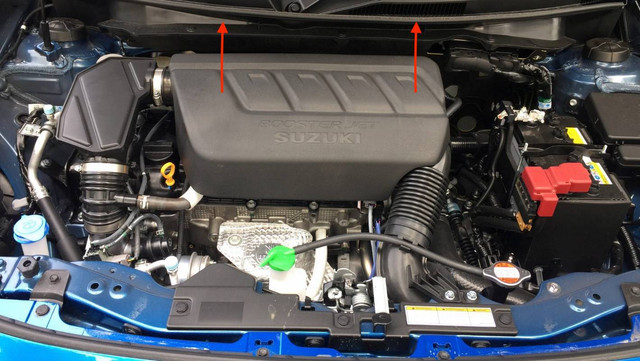 Remove two hose claps securing the rubber hoses and pull the plastic insert out of the pipe to the right leavng the clamp secure to the rubber breather hose. 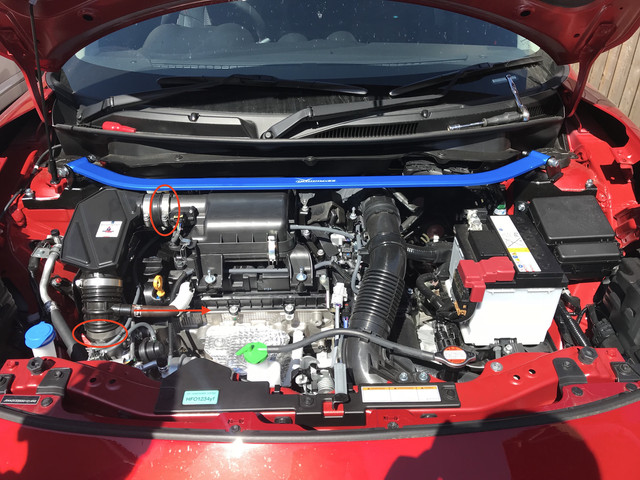 Un plug the MAF sensor remembering to lift the yellow tab to release. Remove the Maf sensor from the air box and put to one side you will need this later. Unclip the loom from the air box. 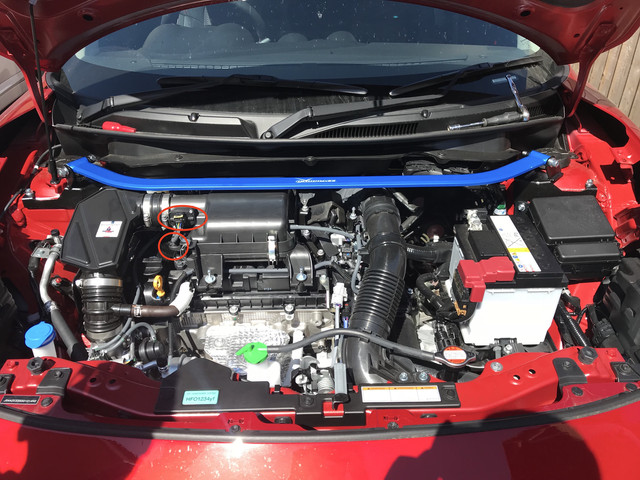 Remove the 6 bolts circled including the two brackets, you may wish to reuse some of these later on or use the 3 new bolts and washers supplied. 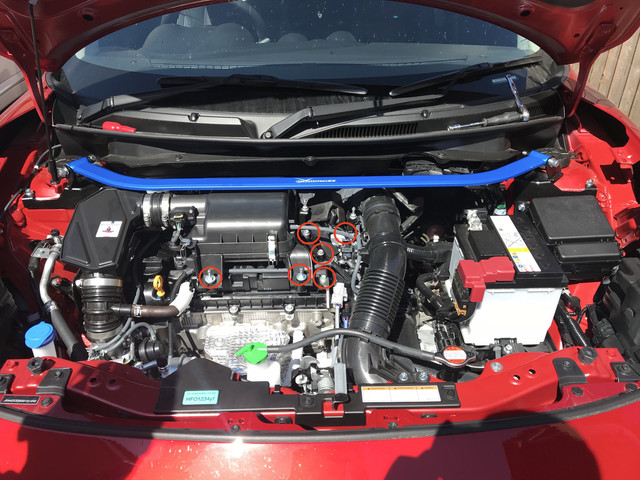 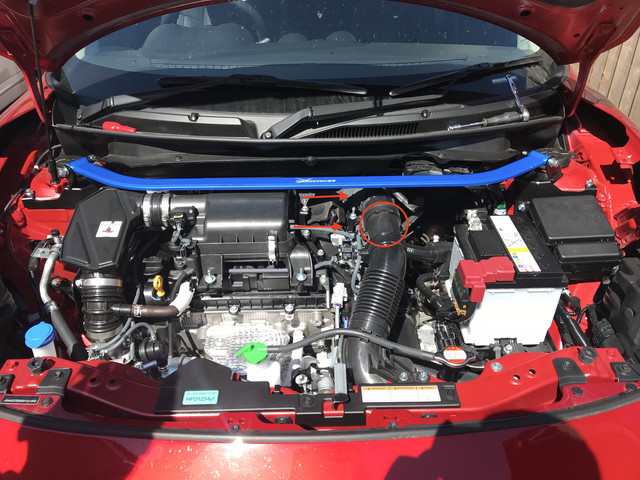 Remove the factory air box. This will require a firm tug towards the rear of the air box upwards as its secured in the inlet manifold. 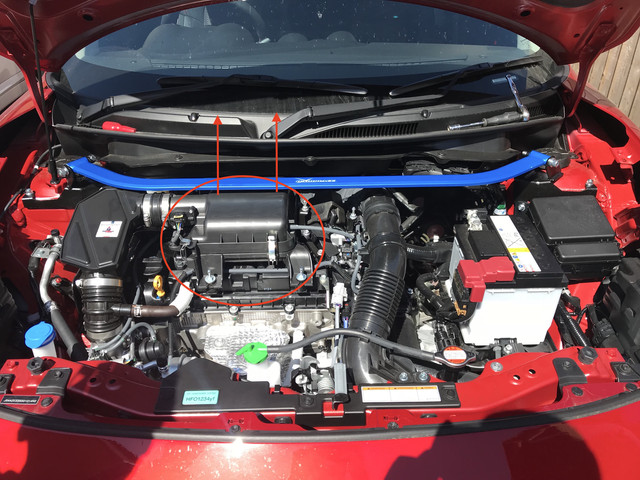 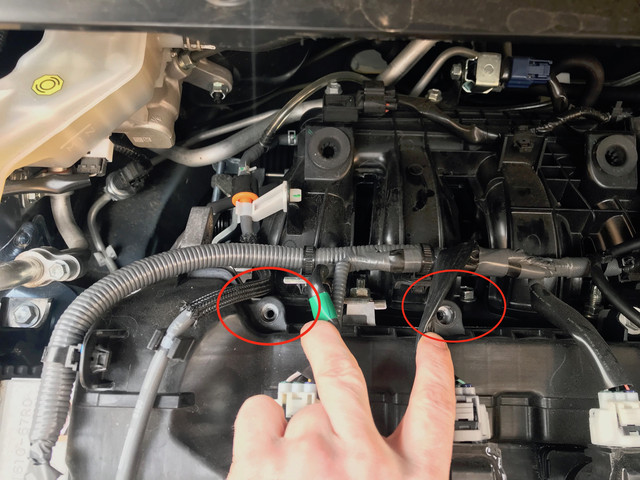 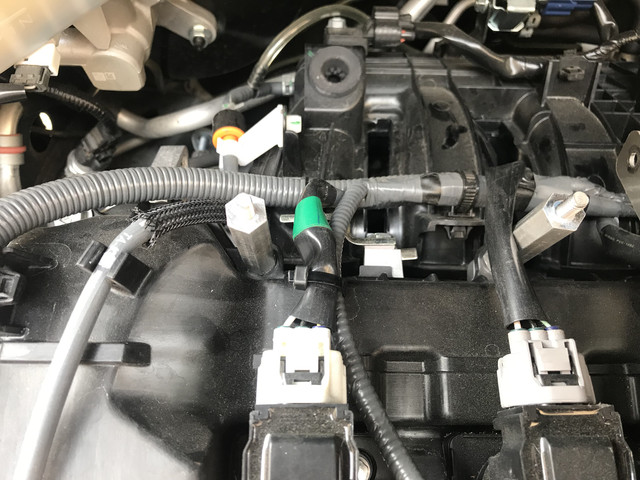 Bolt the filter to the MAF Flange supplied using the 4 x black bolts supplied and install the blue gasket. Once the filter is secured to the MAF assembly, position the bracket ontop of the tow Hex bolts and secure with the two M6 washers and Myloc Nuts supplied. Secure the Vac line as pictured with the cable tie suppled. 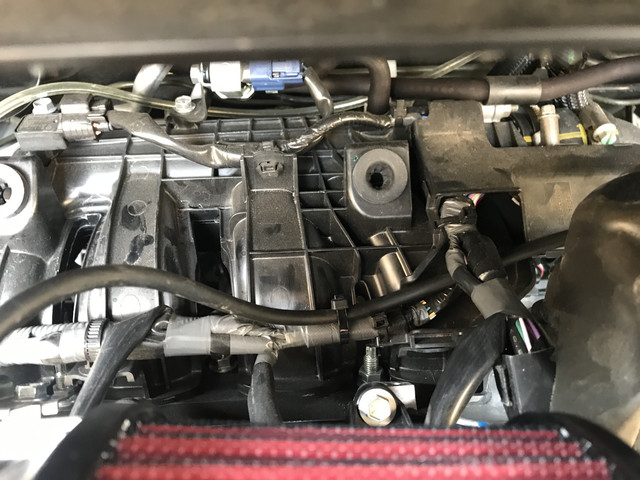 Install the MAF Sensor into the MAF housing using the M4 Allen Bolts supplied and plug in the MAF sensor. 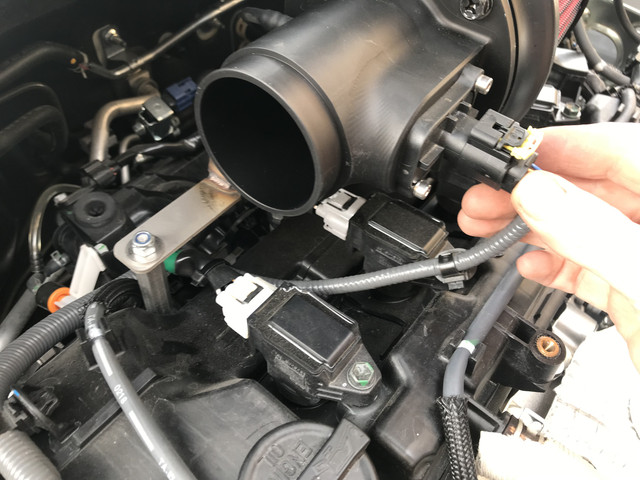 Remove the Facotry Vac Line and replace with the new Vac Line from the MAF housing. 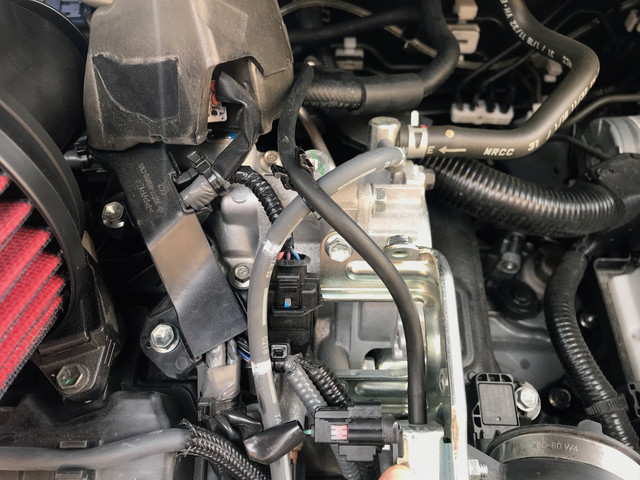 Secure the MAF loom to the coil loom using the supplied cable tie as pictured. 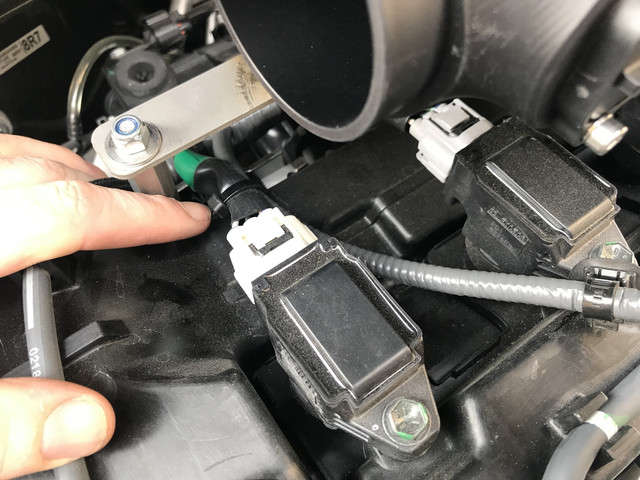 Secure the Loom as pictured either reusing bolts removed previously when removing the brackets in Step 4 or using the new M6 Bolts and Washers Supplied. 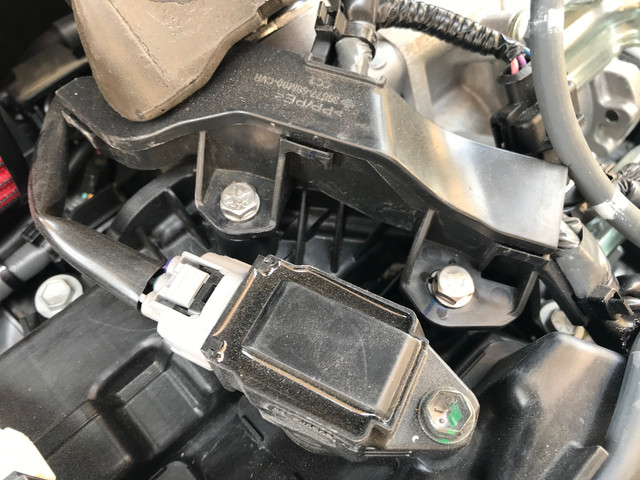 Install the Silicone Hose to the turbo and the MAF housing reusing the factory hose clamps. Install the breather into the same silicone hose. Using the hose clamp provided position the rubber inlet hose through the clamp and using one of the old bolts or new M6 bolt and washer provided bolt down to the rocker cover as pictured to secure the inlet pipe positioned towards the filter. 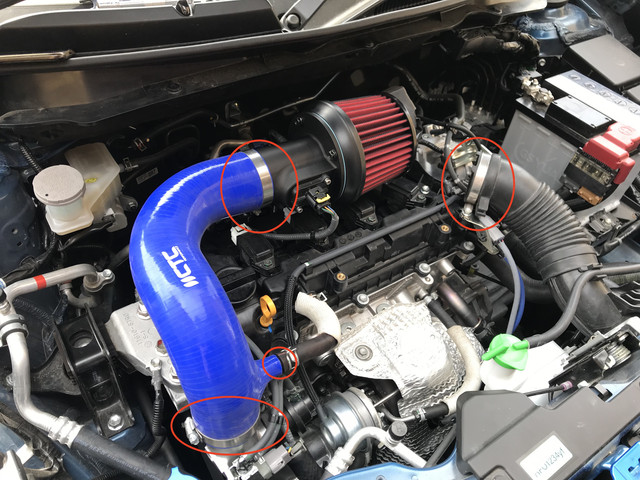